Regarding the patent, basic facts are worth noting. To begin with, one patents an idea, not a specific device. As per ’420, the patented idea is impact resistance conjoined with modularity---as occurs in the hilt of fixed blade cutlery. It is further useful to consider exactly what ‘420 says---here is what the Patent Office approved of:

“The device can involve any of a combination of elements also well known in the art”.

“Having thus described the preferred embodiments with a certain degree of partic-
ularity, it is manifest that MANY CHANGES can be made in the details of con-
struction, arrangement and FABRICATION OF THE ELEMENTS and their uses

without departing from the spirit and scope of this invention. Therefore, it is to be
understood that the invention is not limited to the embodiment set forth herein for
purposes of exemplification, but is to be limited only by the scope of the attached
claims, INCLUDING A FULL RANGE OF EQUIVALENTS TO WHICH EACH ELEMENT
THEREOF IS ENTITLED.

Thus when properly understood, application of ’420 concept is not limited to use of a clevis, but lawfully involves other attachments such as a connecting rod, so as to achieve impact resistance conjoined with modularity. As means of defining such language as approved by the Patent Office, Davis cites prior art of Dickerman, which very clearly presents a connecting rod, rather than a clevis.

With regards to simple exchange of clevis and rod, within a patented idea, the Supreme Court established precedent as per Lake Shore & Michigan Southern Railway vs. National Car Brake Shoe Company. In this instance, decided January 24, 1884, the Court ruled that simple exchange of rod for a clevis established infringement.

One final note is this:  U.S.Patent 4,458,420 does not intend any type fashion statement, beyond being evidence of contribution to the art.  It is crafted so as to be a legal instrument, fully enforceable in a Federal Court of law, as per mandate of Article I, Section 8 of the United States Constitution, and 1st amendment right to petition for redress. 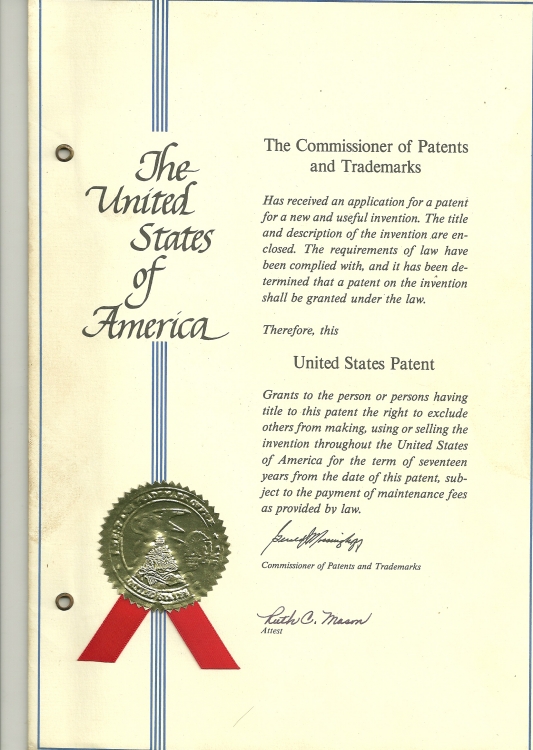 This drawing from the Davis patent DOES NOT represent the only assembly of elements intended to bring about impact resistance conjoined with modularity in the Davis Hilt.  It represents a single method of accomplishment which is preferred by the inventor, and otherwise satisfies Patent Office requirement that at least one method of construction be demonstrated 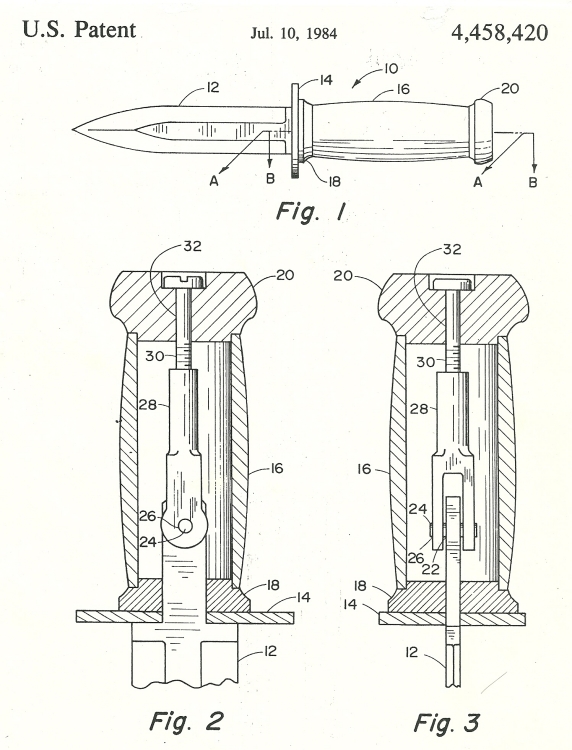 Below is Dickerman prior art cited by the Davis patent, as means of defining what the language of '420 intends.  It is possible to note that Dickerman fully embraces a connecting rod, rather than a clevis.  However, Davis has essentially said, as per '420, that his invention may well be accomplished by use of such a rod, most especially if connecting rod selectively shears metal on the interior of the hilt to which it is applied.

WHATEVER REASON WHICH ALLOWS ANOTHER PERSON TO CLAIM SUCH ROD AS INVENTION WOULD FURTHER JUSTIFY DAVIS MAKING ONE AND THE SAME CLAIM, EVEN ON A PRIOR BASIS.  DAVIS HAS AS MUCH RIGHT TO CLAIM SUCH CONNECTING ROD AS ANY OTHER PERSON, AND AS PER '420, HAS IN EFFECT DONE SO, AS PER THE DATE OF HIS PATENT. 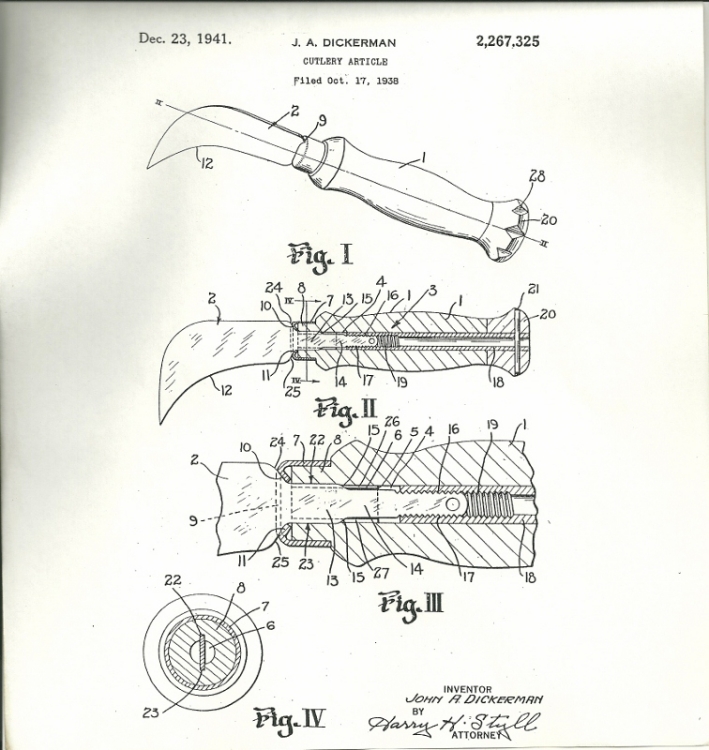 Here's photograph of the original prototypes, crafted by myself, and taken to Patent Counsel's office.  These were carted in a small wooden box, and during appointment, carefully layed out on a table, so as to be thoroughly considered while composing the language of U.S. Patent 4,458,420.  You may notice quite an assortment of attachments, as could theoretically be used in the construction of my invention.  In particular, you can see a connecting rod---it is fashioned by cutting allthread to length, and threading on standard rod couplings.  The point here is that the scope of patent '420 is broadened beyond a single attachment (clevis), by use of exact language which considers each of these items pictured.  More specifically, '420 defines a shear pin means, which obviously implies any of the items below, including various shapes of tang. 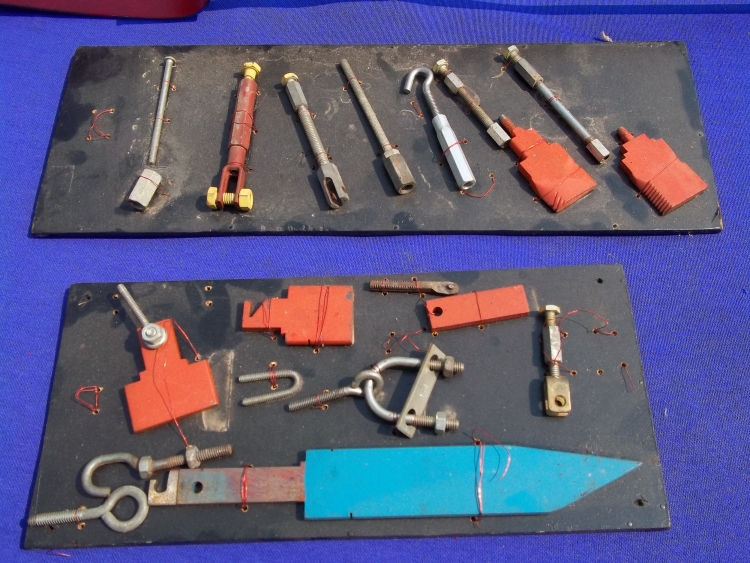 WHEREAS ABRIDGMENT OF FIRST AMENDMENT RIGHT TO PETITION FOR REDRESS DOES NOT ALLOW PROVING A CASE OF INFRINGEMENT IN COURT, NEITHER DOES THE SAD PROCESS ALLOW THE ACCUSED TO DISPROVE SUCH VALID CLAIM.  MOREOVER, UNITED STATES ARMY ADMINISTRATIVE DECISION LACKS FORCE OF LAW, AND IS NOT BINDING UPON DAVIS.