As revealed in "Background of the Invention", it was my Dad who came up with the original prototype for U.S. Patent 4,458,420---but that's not quite all there is to it.  Once returned from the ordeal of Korea, he finished up his hitch in the Army, married the girl of his dreams, and spent a couple of years just getting used to the idea he was still alive.  I'm quite sure dear mother helped a lot, even though she reports it was quite challenging when, on a couple of occasions, he tried to stuff her under the bed while screaming "take cover".

George C. Davis & wife Sybil, August 1951.  They are standing in front of the old Davis homeplace, just married.  Mom lived on a nearby farm, and the two of them had grown up together---she was all of 17 years old. 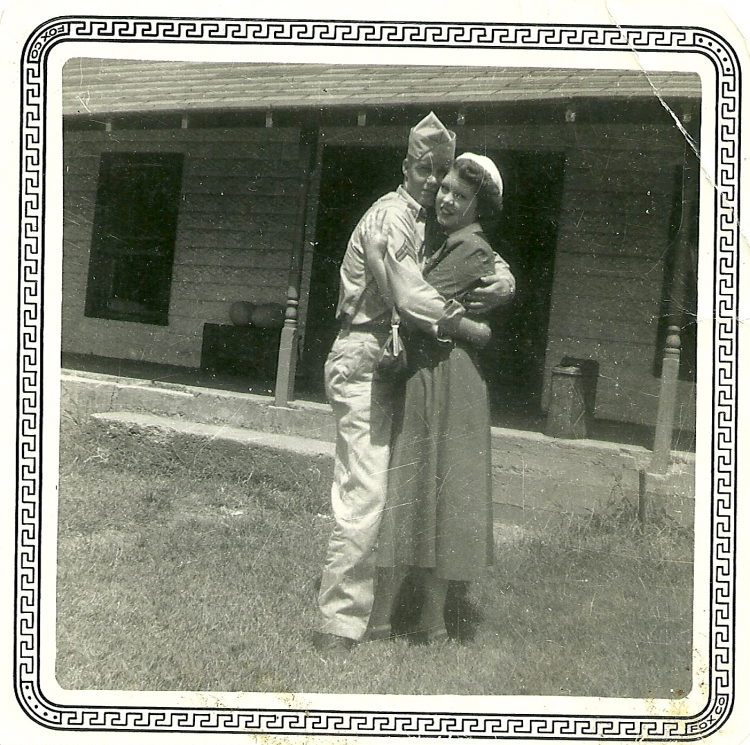 It was on a battlefield the boy became a man, and a big enough man to know why he made it back home to a happy ending, whereas so many had perished---George Curtis Davis soon became a minister, responsible for the perfect teachings of Jesus Christ. 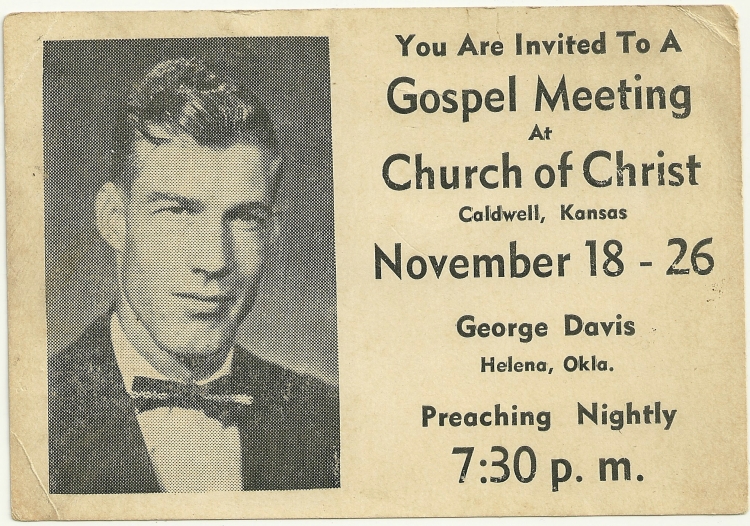 I was born about this time, and the "old man" designated a middle name of Dwight---as in Dwight David Eisenhower.  The portrait below is one of Eisenhower, while wearing his military uniform.  Of course President Eisenhower actually drew a line against communism in the country of Korea, which stands to this day at the 38th parallel. 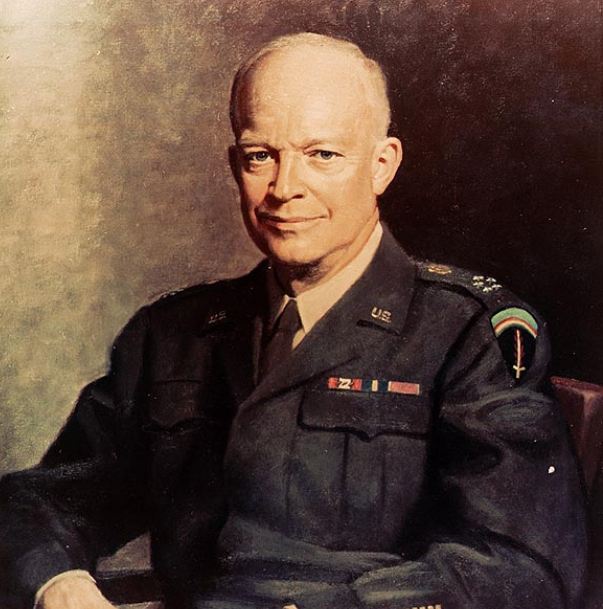 And in particular, we can notice a rather conspicuous emblem upon the left shoulder, as further emphasized below. 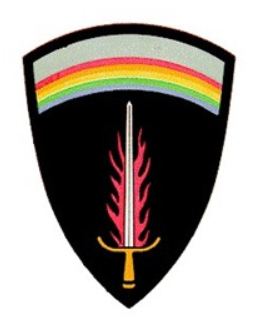 As per the emblem above, we can first note it is retired from the U.S. Army, and thus becomes a splendid bit of history which belongs to all Americans.  The symbols were worn by my namesake, who was deeply religious---like my Dad, George Washington, and me.  In looking to the book sworn upon by Eisenhower, and taught by my father, we discover the following:  "After He drove the man out, He placed on the east side of the Garden of Eden cherubim AND A FLAMING SWORD FLASHING BACK AND FORTH to guard the way to the tree of life." (Genesis 3:24). A fair conclusion is, before man could invent, before a world population, and even before war could demand, it was the hand of God which put the first sword on this earth, even as a part of creation.

The emblem is portrayed as below, at the National D-Day Memorial 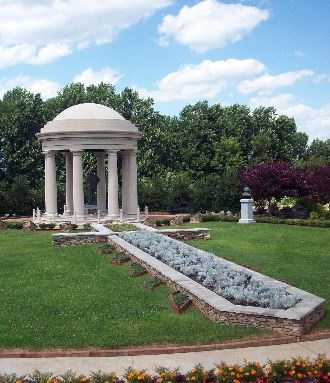 For me, it was only ordinary to learn about Mr. Eisenhower, and I am pleased to understand his name is an old German word, which means "hewer of iron".  I think of it often as I craft my blades.  And it is only normal to learn about one of Mr. Eisenhower's closest colleagues, a certain George Smith Patton.  General Patton designed and implimented the last official Army calvary saber, and said much concerning bayonets.  With regards to Patton, the following link brings great insight http://pattonhq.com/sword.html

Featured below is Patton's famous saber.  A point to be gained is, in all probability, Eisenhower and his good friend Patton spent some time discussing actual swords and their use.  And in all likelyhood, both were aware of William Washington's experience at the Battle of Cowpens.

With my Dad, Washington, Eisenhower, Patton, MacArthur, and many other good Americans pointing to The God In Which We Trust, and the Bible, it seems to be worth reading what it has to say:

"You are the light of the world.  A city on a hill cannot be hidden.  Neither do people light a lamp and put it under a bowl.  Instead they put it on its stand, and it gives light to everyone in the house.  In the same way, let your light shine before men, that they may see your good deeds and praise your Father in heaven."  Jesus Christ, Matthew 5:14-15

"But now if you have a purse, take it, and also a bag; and if you don't have a sword, sell your coat and buy one."

Now it's like I said---my "old man" was an excellent gospel minister---he could preach hell fire and brimstone like a one million round artillery barrage, because he actually lived through one ("when they set that off, it literally shook the earth").  And I figure that 'ol farmboy/combat veteran preached well when he said:  "Son, when it comes to war,  take my word for it--- swords and knives are fine, but a rifle is better."

Featured below is one of my 16" pieces, with impact resistant, modular hilt: 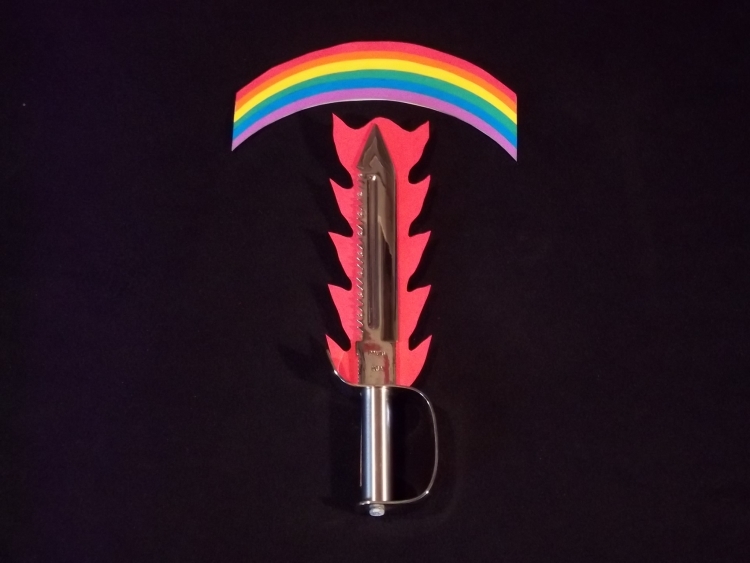