Here's a photo of my father, George C. Davis.  The picture was taken at the old family homeplace in Oklahoma, during 1949, at age 17.  Shortly after the picture, Dad quit high school, and joined the U.S. Army---he planned on occupation duty in Japan, and hoped to get paid while seeing the world.

Dad's plan was working fine, until just after arrival in Japan---at that point, he shipped out for the little known country of Korea, where he spent the next 12 months four days in combat with the U.S. Army 24th Infantry Division, 21st Regiment, 3rd Battalion.  (Specific assignment is designated under "24th Division-Other Men".)

I now call the picture below "Dreams of my Father"--- dad, sleeping between battles in Korea.  "We pulled our trucks in as close to the trees as possible, to get as much between us and the scrap iron as we could". 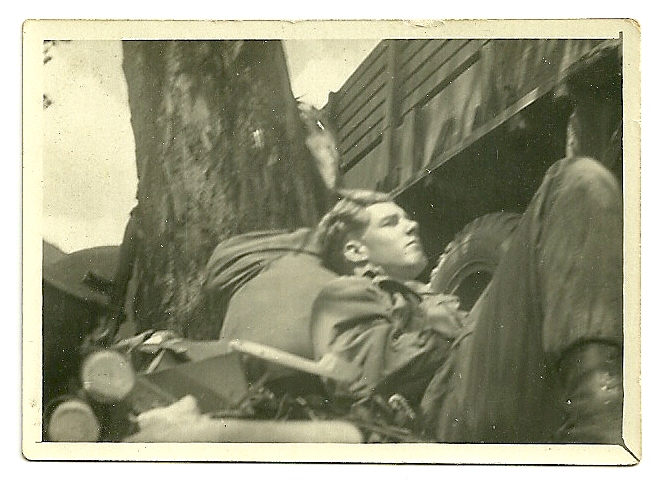 This is George while guarding prisoners being moved to the rear.  He eventually discarded the M-1 carbine for an M-1 rifle ("that a way I could hit what I was shooting at"). 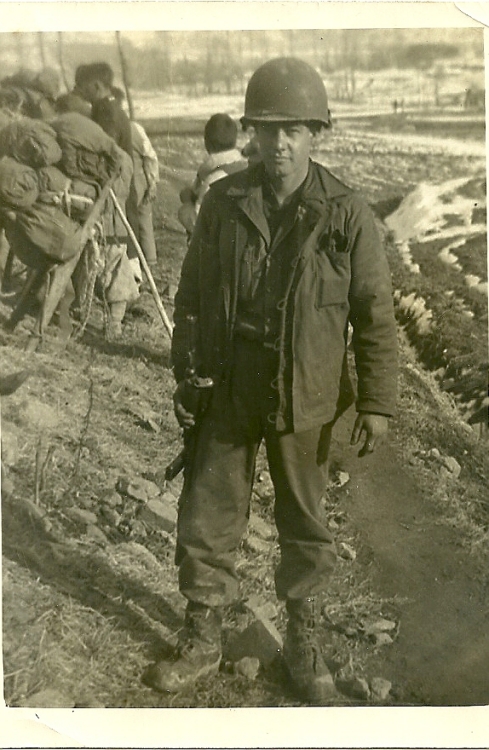 This is George riding a mule.  They managed to capture about 10 of them, but even though the Army mascot is a mule, nobody knew what to do with them.  Dad, being a classic farmboy, had just the answer---they used the mules for a couple of months, and eventually let them go.   I call this one "Back in the Saddle", because Dad grew up hitching a team of mules to a wagon, and rode a horse because there was no other transportation.  He had joined the Army to get away from it all, and found himself right back in the saddle, 10,000 miles from home.  He joked and said "Yeah, I mighta' been better off to have stayed put, 'cause at least back home, nobody was shootin' at me!". 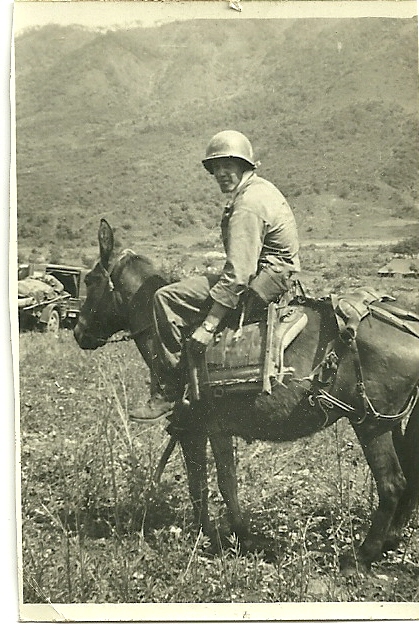 This is a lesson taught by dad, fit for every schoolboy. "This, boy, is what an M-1 rifle does---we caught these three climbing up an embankment".  Come to find out, it was a shell crater from the Battleship Missouri, and these communist bastards were down in the bottom getting water.  I call this "Baptism of the M-1 Fire". 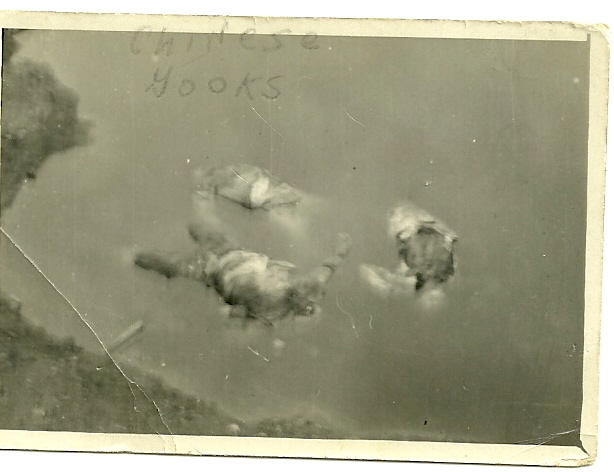 Once again between battles, this is George practicing with an M-1 rifle bayonet. 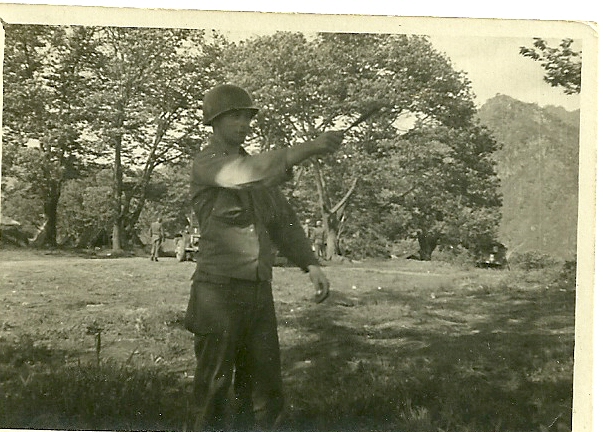 Here's a photo of George after return from Korea, about age 19, 1951.  The man in the picture helped the 24th Infantry Division, 21st Regiment, 3rd Battalion (U.S. Army) earn four Presidential Unit Citations for bloody combat.  On July 11, 1950, he shot and killed more men before noon than he was ever able to count---"They came at us by the hundreds, from every direction except behind.  If they ever get behind you, you're dead.  If every man would have had a machine gun, we still could not have killed them all".  In his book entitled "The Forgotten War" , Mr. Clay Blair offers description: " For the 24th Infantry Division these (first ) two weeks had been a ghastly time, one of the greatest ordeals in Army history" (pg. 141).  Later on, at page 172, he states: "By August 1, the American ground forces had incurred a total of 6003 casualties, the majority (3610) were in the 24th Division.  In all, (after about 30 days), 1884 Americans were dead, 2695 were wounded, 523 were missing, and 901 were POWs.  THIS CARNAGE WAS NEARLY THREE TIMES THAT INCURRED AT BLOODY OMAHA BEACH (2000), AND NEARLY DOUBLE THE AMERICAN CASUALTIES AT PEARL HARBOR (3,600) AND TWICE THOSE AT TARAWA (3,000)".  It was unknown at the time, but American forces had destroyed 110 Russian T-34 battle tanks, and otherwise inflicted about 60,000 casualties upon their enemy---a ratio of 10:1.  The first month was a hellacious gunfight, and the rest was not much different. 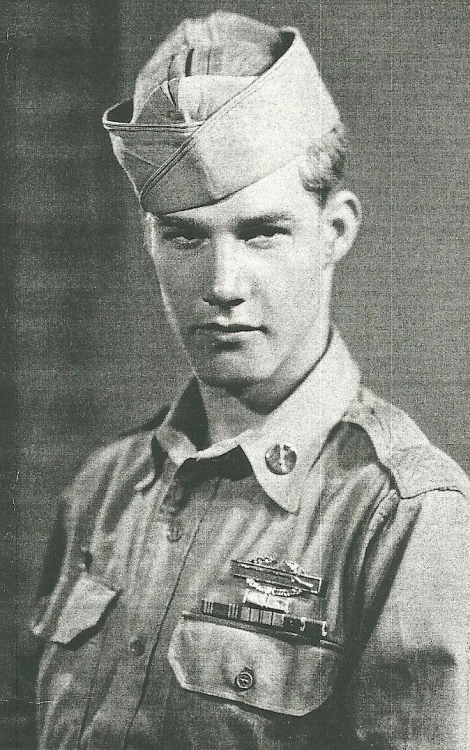 This is part of my Dad's academic credentials. His group passed near Inchon, while marching North to the Yalu River--- these were being handed out. 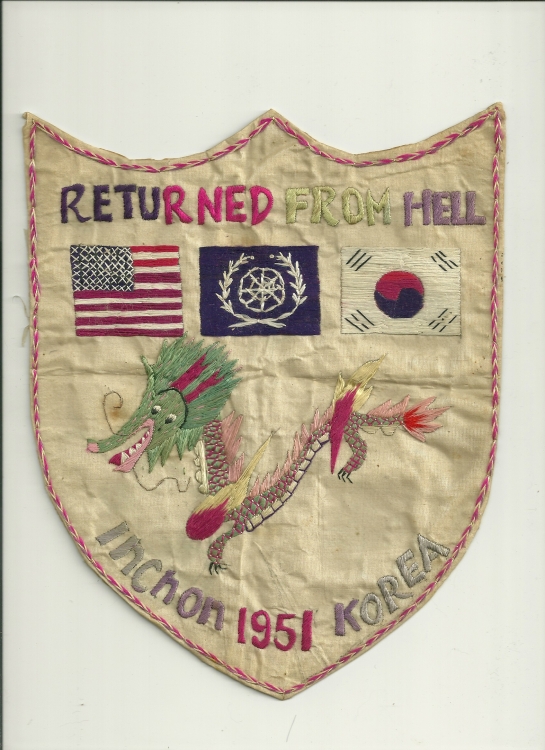 Here's a real treasure---the fortune in cash my father left me, from the dead communist enemy's pocket. 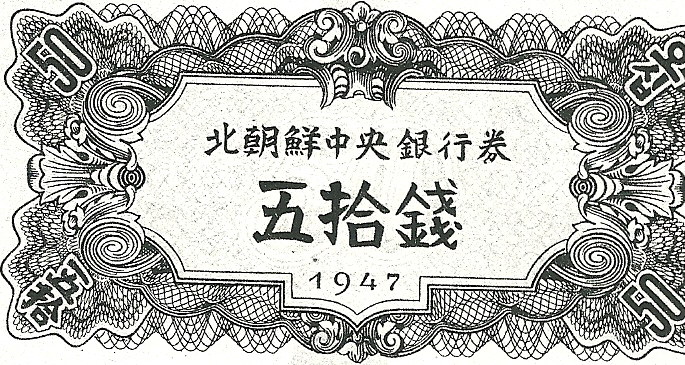 Here, more than anything else, is Dad's diploma---the communist flag taken from his defeated enemy.  "Listen to me boy, you just might need to know what I was thinkin' the day I got that".  And you can be sure I listened well, for about the next 40 years. 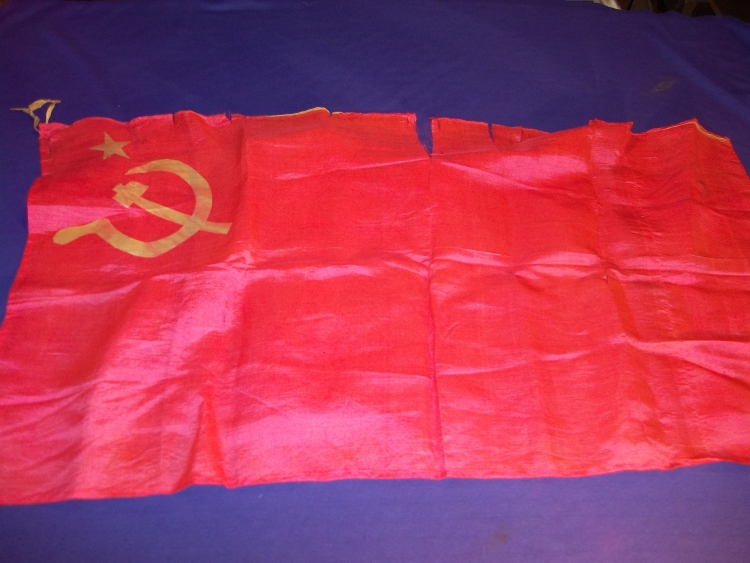 Well, I'm glad your still with me, for one last photograph.  There on the communist flag is a crude knife, handcrafted by George Curtis Davis--- that happens to be the original prototype for U.S. Patent 4,458,420.  So after all this, now you know a little about the background of my invention.  It looks just about like it did  30 years ago---an old hand file welded up in a piece of 1/2" pipe.  The "old man" said:  "Here boy, see what you can do with this".  THE U.S. ARMY M-9 BAYONET HILT WAS BORN OF THIS REALITY, AND NOTHING ELSE. 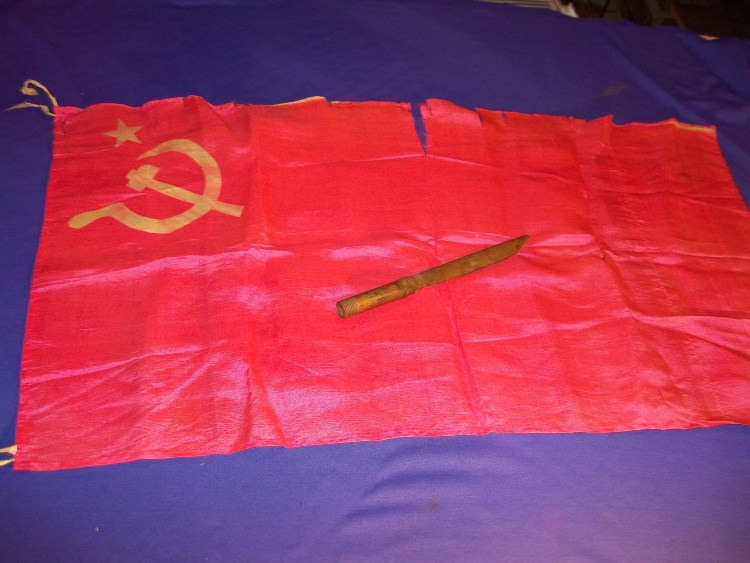